Once again it's Shark Week and I thought it might be worth remembering an article written by an American Federation of Teachers trustee way back in 2000 called Shark Attack. This is the 16th anniversary of the article.

Don Kuehn authored "Shark Attack: Investors in 403(b) plans, beware: You are especially vulnerable to predators" and it was a powerful shot across the bow of an industry hell bent on taking advantage of Teacher's good nature. The article has become legend in the 403(b) activist world and this seems like a good time to remember that original article, here is a link to it, but I've also reproduced it in full below.

I've read that the odds of an actual shark attack are 1 in 3.8 million. Considering there are about 3.8 million teachers in the United States, perhaps the analogy isn't exactly perfect, but the bite taken out of a teacher's retirement from bad products certainly is gruesome.

Email ThisBlogThis!Share to TwitterShare to FacebookShare to Pinterest
Labels: 403(b), Schullo

Attorney Robert Toth has a quick piece on 403(b) plans and the new Department of Labor Conflict of Interest Rule. Here's an excerpt:

Arguably, the plan participants most exposed to inappropriate product placement are those in public school plans.  Yet, these participants  are  excluded from much of the fiduciary rule’s protections, except where an adviser makes the recommendation to rollover those funds to an IRA. This is the same for state university 403(b) plans, as well as non-ERISA 403(b) plans for private tax exempt orgs-including “non-electing” church 403(b) plans (churches can elect to be covered by ERISA). Why? Because these plans  are not subject to ERISA, and 403(b) plans are excluded from Code Section 4975 (which is the prohibited transaction section under the Tax Code which makes the DOL rules apply to non-ERISA IRAs). This non-application really does have the potential to have a number of ancillary effects on those products, which constitute a significant percentage of the marketplace. I would also think it would serve as further incentive for the DOL to limit the application of the 403(b) “safe harbor” rules which are otherwise used to prevent ERISA’s application to certain 403(b) plans.


My only critique is that Bob believes the Rule applies to rollover advice from a 403(b) and in a previous webcast Attorney Fred Reish said he doesn't believe it does. This will have to be sorted out.

Email ThisBlogThis!Share to TwitterShare to FacebookShare to Pinterest
Labels: 403(b), Fiduciary, Toth

HBO's John Oliver and his Last Week Tonight show spent it's time last night taking down the Financial Advisor industry in a segment that named names and took no prisoners. Watch it below (might not be safe for work):

Annuity Chart They Don't Want You To See 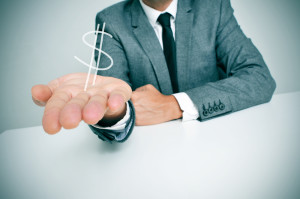 Sometimes I just type random annuity words into google to see what comes up. You'd be surprised.

This weeks treasure is a document from The Annuity Source, Inc. and it lists all the latest annuities they are selling and the commission rates.

It's marked "For Agent Use Only. Not For Consumer Distribution", but it's available on the open net...so, here it is (18 pages of annuity products and their commission schedules):

10 Organizations That Don't Give A Sh*t About You 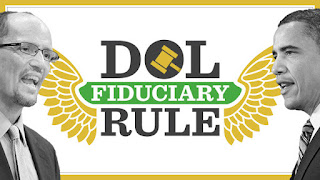 In the last two days, ten organizations that represent companies that sell financial products to Americans filed suit to stop the Department of Labor's Conflict of Interest rule from becoming effective.

This means that these companies and their members want to stop a regulation that would require advisors to put their client's best interest ahead of their own.

Teacher and fellow 403(b) warrior, Mark Eichenlaub recently posted a nice video about increasing your 403(b)'s earning potential. I encourage you to watch. It's great to see a new crop of 403(b) activists popping up across the country and leading their own movements. Mark recently got Fidelity add to his school district! Imagine an army of Eichenlaubs across the US working to make 403(b) plans better, the future is bright for low fees and quality providers in 403(b), but the fight is long and not nearly over.
Enjoy, Scott Dauenhauer CFP, MPAS, AIF
Posted by Scott Dauenhauer at Friday, June 03, 2016

Is it any surprise that a product that has little oversight, pays large commissions and offers amazing incentives to agents for selling is setting the world on fire in terms of sales?