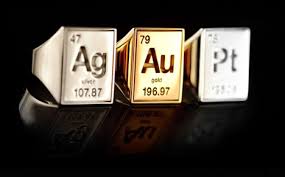 Our nation's school employees are subjected to insurance salespeople everyday touting the newest and greatest fixed annuities.  I decided to start a regular column called Conflicts in Fixed Annuities in order to highlight the problems I see.

One evening while googling 403(b) terms I came across incentives schedules, commission schedules and all sorts of interesting information from annuity companies that service school employees. All of it out on the open internet (not locked behind a firewall) for anyone to see.

This first post deals with "incentives" as they relate to how an agent might be paid for selling different variations of a single product.  There will be several parts to the "incentives" portion of this regular column.

When trolling around on the internet I came across several documents posted by companies who wholesales fixed annuities (they service insurance agents who service participants).

You can view one of the documents here, until they take it down, which I assume will  be soon (I'll also post at the end of this column a screenshot to prove it was not behind a firewall).

I took the pertinent information from the document and created the following chart:

The information is from a National Life Group/LSW product chart document put out by an insurance marketing organization, but the company is not important for this post, nearly all insurance companies sell annuities in the manner I'm about to describe.

My intention is not to discuss the merits of the products, simply the compensation offered as it relates to the surrender options.

The key takeaway is the insurance agent has a choice to earn a 4.5%, 6.5% or a whopping 10% commission.  The choice is pretty simple, especially if you have a mortgage payment to make.  Selling the "platinum" product pays the agent 122% more commissions than selling the "silver."

In every day life, if given the choice between silver, gold or platinum, which would you choose? Platinum of course, why settle for silver when you can have the better, rarer metal!

Never mind that the participant ends up being stuck in this product for an additional 8 years (if they are sold platinum over silver) and that the withdrawal charge is 7% more in the first year - they now have platinum status!

It appears the agent is incentivized to sell the product that will make the insurance company the most money.  Why sell a 4.5% commission product when you can sell a 10%?  If an agent only sold a product that had a 10% commission and aimed to earn $150,000 per year, they would only need to place $1.5 million in annuity premium each year (or about $125,000 per month).  To earn the same income selling the 4.5% product the agent would need nearly $3.5 million in annuity premium.

Perhaps now you understand why teachers are a fertile recruitment ground for insurance companies.  A teacher earning $60,000 plus benefits could switch careers to selling annuities and would need to sell less than $1 million in annuity premium annually - a pretty simple task - in order to make more money and have more free time (not to mention less stress).

You might remark that if the agent sells the silver product they would have the opportunity to sell another annuity in 7 years and get another commission.  True, but this assumes the agent still has the client and that rates make sense enough to replace the original product.

Do the math, of these three products the agent makes more money on an annual basis (and all upfront) by selling the platinum over the gold or silver.  If you divide the 10% commission into the 15 year surrender period for the platinum the agent makes on average .67% annually, it falls to about .65% for the other two.  Would you take a guaranteed .67% for 15 years or a non-guaranteed .65%?

Even IF the agents always chose the silver (we'll get into other conflicts in future columns) option, the fact that insurance companies offers incentives to attempt to get agents to sell what are likely more profitable products is a major conflict of interest.  Trusted advisors should NOT be paid more to recommend one product over another.

This has to change, agents should not be able to make additional compensation for selling longer surrender period/higher surrender charge products.  Disclosure is not enough, in fact it is a smokescreen to hide conflicts like the one outlined above, elimination of conflicting sales incentives must happen in order to protect our nation's school employees retirement. 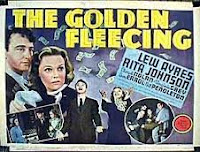 Back in 2007 a colleague of mine, W. Scott Simon wrote a seven part series for Morningstar called "Fleecing 403(b) Plan Participants."

Many things have changed in the 403(b) world and while I don't agree with everything Simon says - the articles are certainly worth reading and having in your library.

Some of the articles refer to ERISA plans, my main focus is non-ERISA.

Here are the seven parts:

Update: Morningstar has instituted a "registration" process now to view the articles, there is no cost, but you will have to register to get access, I've let them know this is a bad idea and hopefully they will change...until then...

Fleecing 403(b) Plan Participants Part I

In this series of short posts, I'll describe the future of 403(b) Advisors. 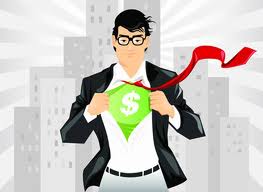 The days of non-fiduciary based, limited skillset, product toting "advisors" are limited.  Insurance agents who only sell annuities, have limited training and little in the way of a formal education in financial planning and investments will soon be a thing of the past.

There are currently many great advisors serving school employees, but there are far more incompetent and conflicted who are not fit to use the moniker "advisor."

The transition to higher competency, greater fiduciary responsibility and participant rights is under way - is your advisor on the bus?

Should Teachers Be Wary of Former Truck Drivers?

You may not know it, but Mark Miller, a former truck driver (pictured above) is purported to have "...made more in commissions in a month than he made driving a truck for over 2 years.  Now he only works 20 hours a week."  Or so the advertisement for this annuity sales system would lead you to believe.

Whether Mark is real or not is beside the point, any product that can produce such big commissions in such a short period of time is likely not a great choice for your retirement.

I'm not saying all annuities are bad, in fact some are quite advantageous and I often recommend them to my clients (of course they don't pay commissions, have no surrender periods and no surrender charges...and are low in cost if of the variable type).  The majority of annuities I come across are not very good and in some cases are extremely detrimental to your financial health.

If you see this former truck driver roaming your halls (don't worry, the odds are low as he only works 20 hours a week) it might be wise to close your door and lock it. 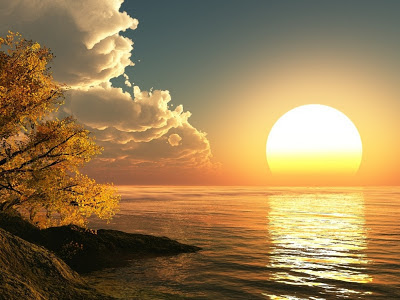 Most states offer some sort of multiple employer deferred compensation plan (457(b)), far fewer offer a similar 403(b) program, but this might be changing.

Some states offer the 403(b) plans through a retirement system, others through an office like the Treasurer.  Most of these plans appear to be low-cost in nature and some are downright cheap!

Perhaps, but they lag far behind in assets and usually lack a salesforce.  With a few tweaks, they could easily rise to prominence - though the opposition to them is quite fierce.  Just the mention of a state assembly wanting to offer such a program and anti-fiduciary forces descend like moths to a flame.

I did a little research and came up with the following states that offer (this doesn't mean it's available to all school employers in that state) a 403(b) program:

Florida (not actually a state plan)

Wisconsin (this is a union run program, but has the same effect)

These programs are run by mainstream providers - ING, Great-West, Nationwide, TIAA-CREF and VALIC to name a few.

Which state will be next?

The National Tax Sheltered Accounts Association (NTSAA) just announced that membership has increased, from 700 to 1500.  What accounts for this growth?

A new corporate sponsorship program and an auto-enrollment campaign.

The NTSAA now allows “Strategic Partners” to pay a large upfront fee and with it they are granted multiple individual memberships (hundreds potentially) that they are allowed to use to enroll their agents.

This is no different than auto-enroll and exactly how the huge increase happened in just a short period of time.

It is ironic that an organization dedicated to stopping auto-enrollment would use auto-enrollment to boost its membership in such a successful manner.  Auto-enroll works and NTSAA has proved it, now if they would only apply it where it is needed, with participants.