Originally posted on my Meridian Wealth Blog on October 26th, 2011 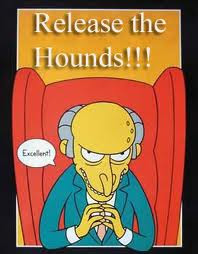 ASPPA Unloads on Scott Dauenhauer
I must really be getting under ASPPA’s skin. Since I released a stinging critique of ASPPA’s latest “research” titled “ASPPA 403(b) Research Falls Flat” the organization has written three straight blog posts attacking me (They can be found on their Project Albatross website www.savemy403b.org).
Where I attack ASPPA on the issues – ASPPA has sunk to the level of grade school bully, attacking me personally and spreading lies. They have accused me of selling ads on my website/blogs to financial services companies that I do business with – yet there is NO advertising on my website(s) and I receive no compensation from anyone other than my clients directly. These defamatory statements are desperate attempts to get the public to stop looking at ASPPA’s strange belief system regarding 403(b) plans.
ASPPA believes that having more than one vendor in a 401(k) is bad, but having as many vendors and products as possible available in a 403(b) is good. This is despite all behavioral finance research that proves that too much choice is bad for participation. ASPPA believes that the Fiduciary Standard is great….for 401(k) – but should not apply to Advisors working with 403(b) plans. I’m attacked for pointing out these peculiar positions (the real peculiarity is how ASPPA and NTSAA can survive as one entity when they clearly have two separate and opposite belief systems).
ASPPA has disappointed me – they are such a great organization and can be a force for good. They have great people in membership and have been a force for good in the past, the sudden change to promoting non-fiduciary behavior has me perplexed.
I’m not going to sink to ASPPA’s level by digging up dirt on all of the people who have been writing about me – it would distract from the real debate that needs to happen – the Fiduciary one. Yes, I said the “F” word. Fiduciary to ASPPA in 403(b) is like a silver bullet to a werewolf or sunlight to a vampire.
So ASPPA – when will you stop sending out the hounds to attack me and actually debate the issues that I bring up? When will you answer the questions I posed to Brian Graffover a month ago?
I’ll post them for you one more time – I know you are reading…by the way, so is your membership (guess what, they support me, not you on this issue):
Here are five questions that I challenge Brian Graff to answer publicly and in writing. His response is welcomed to be posted unedited on the 403bWise.com website (of which I am not an owner).
1. Do you believe School Employees should always have their best interest put first by any advisor they work with, in other words, a conflict-free fiduciary standard?
2. Why shouldn’t all advisors who want to work with School Employees be held to a fiduciary standard?
3. Would ASPPA be open to allowing multiple 401(k) providers for their organization with no process for “screening costs, fees or other terms or conditions” and would they support such a structure for private sector 401(k)’s? If not, why and do you believe this would violate ERISA?
4. You have stated several times that competitive bidding and/or single vendor options will not lower costs and fees and that participation rates suffer under such regimes, disregarding the fact that this is standard practice in the 401(k) world which you represent. Where is your evidence to support such conclusions?
5. In your recent NTSSA article you claimed victory over the Los Angeles Unified School District (LAUSD), please explain how, by hiring a lobbyist law firm and sending threatening letters, you were not acting as a bully for the financial services industry?
Everyone is waiting.
Scott Dauenhauer, CFP, MSFP, AIF
Posted by Scott Dauenhauer at Friday, April 13, 2012